Can a COVID-19 vaccine be developed soon?

Can a COVID-19 vaccine be developed soon?

Purpose of a vaccine

à The great hope in the control of infectious diseases is always a vaccine.

à A vaccine could be a weakened biological or synthetic agent administered to humans that will protect them from contracting infectious diseases by supplying specific antibodies to neutralise the disease-causing pathogen, while not making a person actually sick from it.

à Vaccines have always sounded the bugle of relief from morbidity and mortality for societies.

à They have played an important role in the reduction of communicable diseases from the second half of the 20th century.

What is the process of vaccine development?

à However, despite the many advances, including using artificial intelligence to determine potential vaccine candidates, the core principles of ensuring safety and efficacy of the vaccine for use in humans remain unchanged.

à While technology might have quickened some of the processes, the trials for the vaccine need to stick by these principles that are time consuming for a reason.

à According to the Centers for Disease Control and Prevention (CDC) website, the general stages of the development cycle of a vaccine are:

à If vaccine candidates do make it to the third stage, clinical development is a three-phase process.

à If a vaccine is approved by a licensing agency, then it can move into the manufacturing stage, but constant monitoring of the process and quality control measures must be put in place.

à Vaccine production should comply with the current Good Manufacturing Practice standards to ensure constant quality and safety of vaccine.

What is the status of a SARS-CoV-2 vaccine?

à To start with, the primary advantage with SARS-CoV-2 was that it was identified in record time, and its genomic sequence was made globally available by January.

à Amanat and Krammer say: “In addition, we know from studies on SARS-CoV-1 and the related MERS-CoV vaccines that the S protein on the surface of the virus is an ideal target for a vaccine… The structure of the S protein of SARS-CoV-2 was solved in record time at high resolution, contributing to our understanding of this vaccine target. Therefore, we have a target antigen that can be incorporated into advanced vaccine platforms.”

à Two important steps that are typically needed before bringing a vaccine into clinical trials.

à The 10 candidates in clinical evaluation, as per WHO’s list, are based on five platforms — non-replicating coral vector, RNA, inactivated, protein sub unit, and DNA.

à The Johns Hopkins Bloomberg School of Public Health in a paper, defined platform thus: “The process under which a vaccine is manufactured qualifies it as platform-based. If it has the capacity to form the basis of myriad other vaccines using some conserved structure, it can be classified as a platform. The spectrum of different platforms ranges from viral vectored vaccines to nucleic acid vaccines.”

à In all, 126 candidate vaccines are in various stages of pre-clinical evaluation, including some in India. In mid-May, K. VijayRaghavan, Principal Scientific Adviser to the Union government, said there were nearly 30 ‘attempts’ from India to develop vaccines.

à The leading attempts among them are: the Pune-based Serum Institute of India tie-up with Oxford University operating with a weakened adenovirus; the Indian Council of Medical Research’s collaboration with the Hyderabad-based Bharat Biotech to develop a vaccine based on a SARS-CoV-2 strain isolated at the National Institute of Virology, Pune.

à Bharat Biotech is also involved in two other vaccine development projects with different groups, according to officials.

à The New York Times, meanwhile, has an updated status report on vaccines, as of June 12: 125-plus are in the pre-clinical stage (not yet in human trial phase, seven in the first phase (vaccines testing safety and dosage), another seven in the second phase (vaccines in expanded safety trials) and two in phase three trials (vaccines in large-scale efficacy tests). Some coronavirus vaccines are now in phase I/II trials, for example, in which they are tested for the first time on hundreds of people.

What about current projections and what happens next?

à The development of vaccines for human use takes years normally. Many additional steps are needed before these vaccine candidates that have shown promise can be used in the population, and this process might take months.

à Experts say, some of the other concerns for the development of an effective vaccine are the prospect of the virus mutating, and a waning of the antibody response.

à It is known that infection with human coronaviruses does not always produce long-lived antibody responses, and re-infection, likely to be mild [symptoms] in a fraction of individuals, is possible after an extended period of time.

à Any effective vaccine must overcome all these issues in order to ensure protection against a virus that seems to have taken the world by surprise.

à However, current projections indicate that the virus is likely to become endemic and cause recurrent seasonal epidemics. In such a scenario, a vaccine will be the most effective tool to battle a virus the world is yet to fully understand. 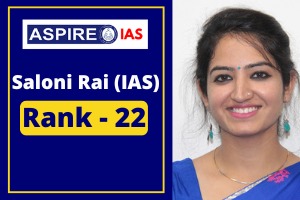 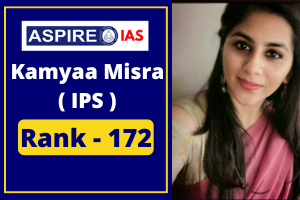