Maharashtra govt. clears action plan to protect heritage trees The State will also bring about amendments in the Maharashtra (Urban Area) Protection and Preservation of Trees Act. It passed an action plan to protect and preserve trees older than 50 years in urban areas by terming them heritage trees. The plan includes the Concept of heritage tree and plan of action for conservation; Method to define age of the tree; Compensatory plantation; Rules to be followed

UNDP urges to replicate Aspirational Districts programme of India Aspirational Districts are those districts in India, that are affected by poor socio-economic indicators. It has a vision of Sabka Sath Sabka Vikas. It was launched in 2018. The 117 districts were identified from 28 states, at least one from each state. At the Government of India level, the programme is anchored by NITI Aayog. In addition, individual Ministries have assumed responsibility to drive the progress of distr

10 May, 2021 Government policies and interventions

Right to Freedom of Movement- FASTag

Right to Freedom of Movement- FASTag GS-Paper-2: Governance– UPSC PRELIMS – Mains Application Context: The Union government told the Bombay High Court that making FASTag mandatory for all vehicles plying on the national highways (NHs) doesn’t breach a citizen’s fundamental right to freedom of movement in any way. FASTag ensures seamless traffic movement, cut travel time short, and that all decisions had been taken in accordance with the Central Motor Vehicle

The Union Health Ministry recently released the policy. Rare Diseases: WHO defines a rare disease as a lifelong disease or disorder that often highly weakens an individual. It has a prevalence of 1 or less per 1000 population. Example: Haemophilia, Thalassemia, Sickle cell anaemia, auto-immune diseases among others. However, every country has its own definition for rare diseases. The US defines rare diseases as a disease or condition that affects fewer than 200,000 patients i

Delhi Education Minister inaugurated Delhi Technological University (DTU) Lab on Wheels programme. About Lab on Wheels Programme: The Programme aims to impart education in the fields of Mathematics and Science. Especially to the students from marginalised and poor economic backgrounds. The programme aims to stimulate their interests in these subjects while pursuing higher education. The programme becomes mutually beneficial, if some of these students decide to take admission in

PLI Scheme for White Goods Taking another important step towards the vision of 'Atmanirbhar Bharat', the Union Cabinet, chaired by the Prime Minister, Shri Narendra Modi, approved the Production Linked Incentive (PLI) Scheme for White Goods (Air Conditioners and LED Lights) with a budgetary outlay of Rs. 6,238 crore. The prime objective of the PLI scheme is to make manufacturing in India globally competitive by removing sectoral disabilities, creating economies of scale and ensur 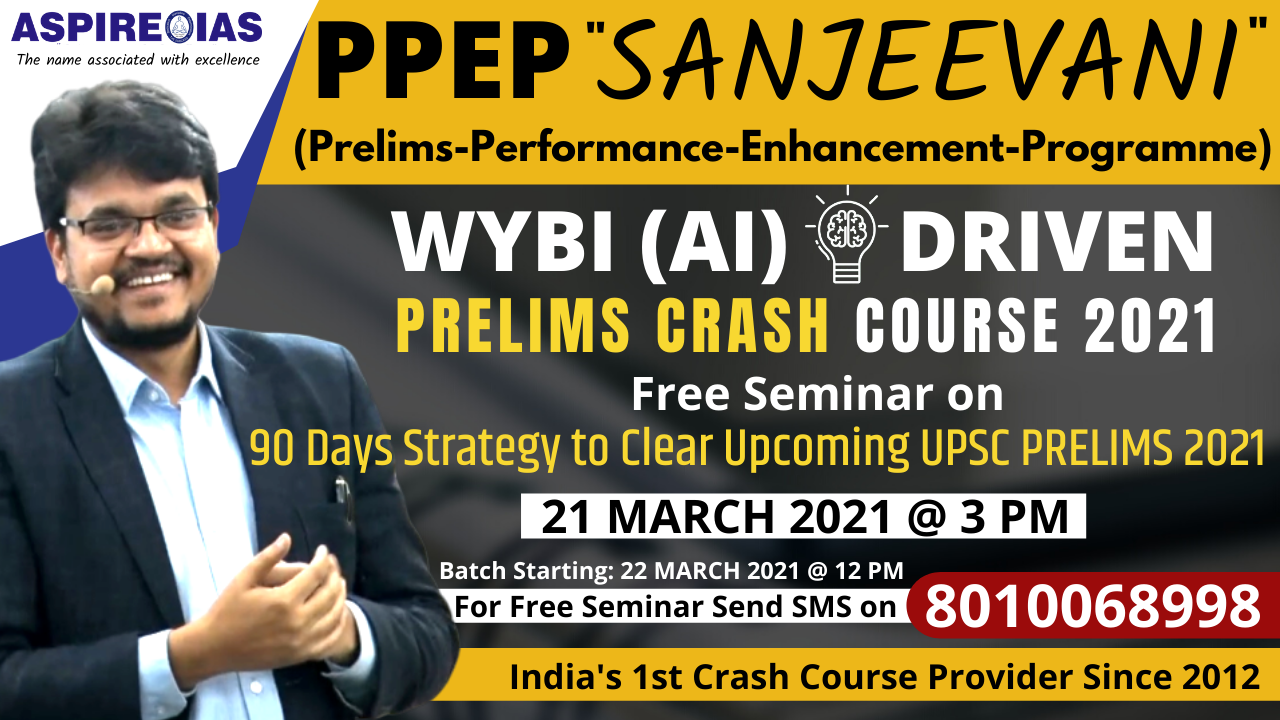