The only difference is that it will now be proposed to be presided by the Chief Justice of the High Court of the state.

National Renewable Energy Policy: India is a signatory to the Paris Climate Agreement. It is therefore proposed to have a separate policy for the development and promotion of the generation of electricity from renewable sources of energy.

The policy prescribes a minimum percentage of purchase of electricity from renewable sources of production. It seeks to give special attention to hydro power.

Sustainability:
Cost Reflective Tariff: There had been the issue of lazy attempts from the commissions in adopting the tariffs determined, causing issues of cost escalation. To address this problem, the Amendment has prescribed a period of 60 days to adopt the determined tariffs. Failing such a timeline of 60 days, the tariff would be deemed to be accepted.

Payment Security: It is proposed to empower Load Dispatch Centres to oversee the establishment of adequate payment security mechanisms before the dispatch of electricity, as per contracts. Late payment of dues of generating and transmission companies have reached unsustainable levels. This impairs the finances of the Gencos and Transcos and also increases the Non-Performing Assets of the Banks.

Establishment of Electricity Contract Enforcement Authority (ECEA): It is an Authority headed by a retired Judge of the High Court with powers to execute their orders as a decree of a civil court.

The Authority will enforce the performance of contracts related to purchasing or sale or transmission of power between a generating company, distribution licensee or transmission licensee. Central Electricity Regulatory Commission (CERC) and State Electricity Regulatory Commissions (SERCs) do not have powers to execute their orders as decree of a civil court.

Cross Subsidy: The Bill provides for the SERCs to reduce cross subsidies as per the provisions of the Tariff Policy.

Strengthening of the Appellate Tribunal (APTEL): It is proposed to increase the strength of APTEL to at least seven to facilitate quick disposal of cases. To be able to effectively enforce its orders, it is also proposed to give it the powers of the High Court under the provisions of the Contempt of Courts Act.

Cross Border Trade in Electricity: Provisions have been added to facilitate and develop trade in electricity with other countries.

Distribution sub-licensees: To improve quality of supply, an option is proposed to be provided to Discoms to authorise another person as a sub-license to supply the electricity in any particular part of its area, with the permission of the State Electricity Regulatory Commission.

The Bill provides the Central government more power to determine tariffs and regulations in the power sector. Since electricity is a Concurrent subject, States must not be deprived of their powers, through this Amendment. 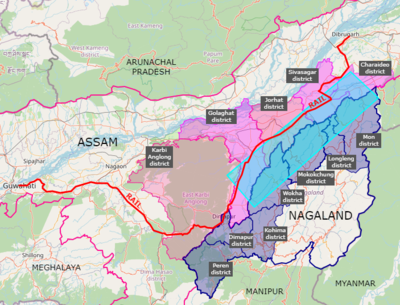